Performance at Shoot the Lobster

Organized by Anton Kern
2012
Performance at Shoot the Lobster with Jamie Horgan. Instruments included, the Nomad, Yellow with Two Necks, Reverb Drum and Kalimba. Audience members became literally part of the circuitry bringing the gap between the touch pads for the notes of a chord on the Nomad and the out put with their skin. The chord sounded and was held the instant everyone joined hands.


Middle Kingdom is an ongoing collaboration with Jamie Horgan.
PREV / NEXT   18 / 22
BACK TO MIDDLE KINGDOM 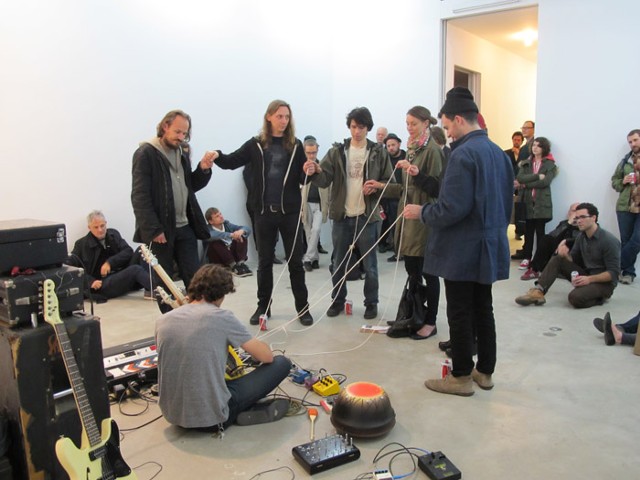